Spencer, who is mentally impaired and delusional is not considered to be a real threat to society. Despite, leading these sorts of organisations for many years now, he has never been able to grow them to levels considered dangerous for society. So far, Mr. “Jester” Spencer has only been supported by delusional people with low self-esteem, who have until now felt unloved.

Of course, I think that this felonious organisation should be eliminated from our society since it spreads hatred all over the world. Even so, the only operational capacity that they possess is to arrange some meetings, picnics, and fights.

Trump’s victory has boosted fanaticism to levels not seen in decades. Combined with his delusional character and ideas said fanaticism could spread chaos around the world. However, the most worrying is the election of Stephen Bannon (a Nazi propagandistic advisor) and the possible connection with Spencer’s collective.Trump’s endorsement could boost Spencer’s felonious demographic to levels never seen before in America.

Here is how an obscure organisation could grow very fast and become a real threat to society. Spencer, who is nostalgic and already fantasising about becoming the second Hitler, is currently planning his future atrocities, acting under the Trump’s Presidency umbrella.

In such a scenario, America would have a totalitarian president (Trump), with Bannon as the new Joseph Goebbels and Mr Spencer the Delusional as the new Gestapo leader of the U.S. Though it may sound exaggerated, the combination of certain factors and the more than probable connection between Trump and far-right organizations may give rise to a new dictatorship.

P.S. Remember, I am not affirming anything. I am just warning about what may happen in the next future. So you may take action to encourage Trump not to be connected with such a tyrant. In such a scenario, the events described in this article could change.
The second part is coming soon. Enjoy! 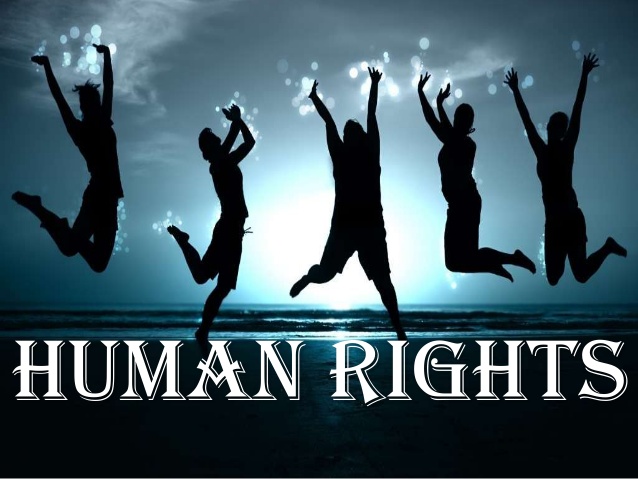 People around the world have been told that Europe and the USA are the best places in the world to live. As a result, millions of people around the world dream of someday moving to these places with the hope of improving their lives. They have also been told that all governments in Western countries respect human rights. However, the reality of government mistreatment could be upsetting,and may negatively impact their lives. Western countries may not always give the respect to human rights as they are thought to.

The right to equality has been violated many times by all Western countries in terms of social classes, different sexes, and race. Employers from multinational companies still discriminate against women, leaving them out of positions of high responsibilities. Governments have become racists, and still give speeches against immigration. In the USA, the black community has been oppressed by the government, and they do not have the same opportunities to progress in their lives as whites, leaving them out of the system.

The intelligence agencies from all Western Countries have been intercepting millions of calls, emails, and correspondence from their citizens on a daily basis, with no regard to people’s privacy. The NSA (National Security Agency), in collaboration with the CIA (Central Intelligence Agency), have been targeting and killing journalists,and activists all across the world. This shows that all governments, headed by the US, have been violating human rights. Privacy does not exist anymore, especially since all Internet companies are collaborating with governments to spy on people.

Freedom of Opinion and Information:

Thousands of people are arrested every year because they give their opinion about politics. Journalists and activists are punished with the payment of fines, and in some cases with prison. Non-governmental organizations have been denouncing these facts in the court, but the judicial systems in these countries are influenced by the government, leaving them without any chance to appeal.

Western countries have violated many rights of their, and touched on a few of them. It is true that we have a better quality of life than other countries, but we should be more humble, and start acknowledging the problems that we have before we criticize others. For many years, our governments have spread the idea that in Western Countries people are perfect, and everyone has an excellent quality of life. We have been believing this idea, but the reality is that our system is far from being perfect, and our governments are similar to those from Asia, the Middle East, and African countries. Unfortunately, millions of foreigners, who dream of coming to Western countries, when they come, see the upsetting reality.

Israel has finally sent the navy to intercept the female boat activist that wanted to break theGaza blockade. Thirteen women, including the 1976 Nobel Peace Prize winner, Mairead Maguire, were traveling aboard the Zaytouna-Oliva sailboat in the Mediterranean towards Gaza. As a result, the thirteen activists have been arrested, and all the aid products that they were carrying with them has been put under custody. However, it is not the first time that the Israeli government has intercepted boats trying to break the blockade. In 2010, the “Gaza Freedom Flotilla” formed by several boats were intercepted by the Israeli navy that decided to kill 8 activists.

The Israeli Government’s blockade in Gaza is affecting millions of Palestinians that do not have access to medicine, food, drinkable water, electricity, or construction material. As a result, they are potentially being exposed to several diseases due to a lack of medicine and sanitary conditions.

According to several resolutions from the UN (united nations), the Gaza blockade is illegal,alleging that it affects the human rights of Palestinians. In recent years, the crimes committed by the Israeli Army have greatly increased. As a result, some governments have started to boycott all Israeli products.

The international community through the International Court of The Hague should stop this genocide, and prosecute the Prime Minister of Israel alleging that he has committed crimes against humanity. Therefore, all governments should work together in order to make it possible to impose sanctions against Israel. It is true that the Jewish community suffered a lot during the Second World War, when Hitler killed more than 6 million .However, it does not mean that they can do the same, and kill millions of Palestinians. It is terrifying to see people who were almost exterminated be willing to do the same to other people.

In conclusion, all governments should protect Palestinians from Israeli attacks because they are human beings like you and me and deserve such protection. If governments are unwilling to take such actions; then, everyone should join together to boycott Israeli products all around the world.