Users of social networks have reported aggressions in Madrid in the aftermath of the historic rally held by pro-independence organizations on Saturday against the trial of the Catalan political prisoners and to defend the right to self-determination. 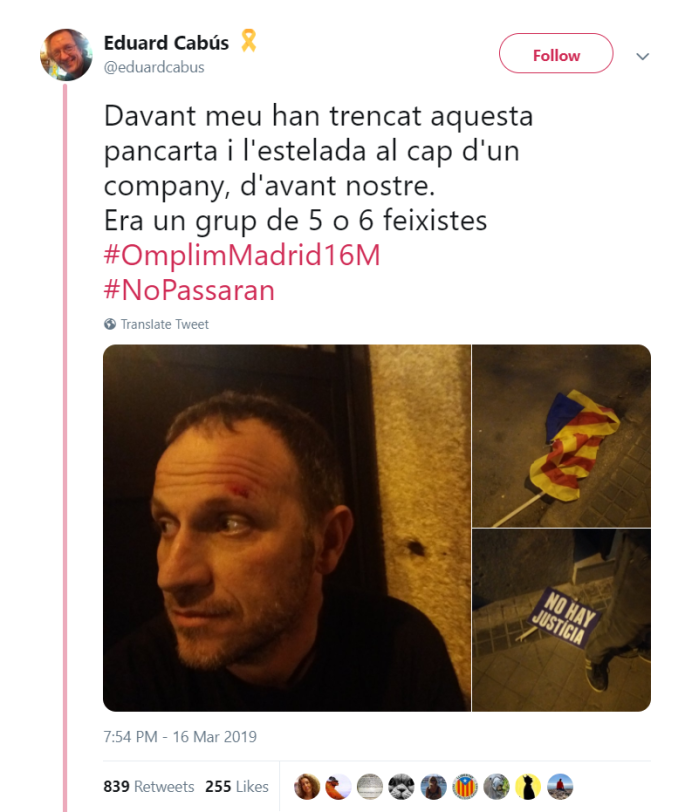 Tweet: In front of me, they have broken this banner and the Estelada at the head of a colleague, in front of us. It was a group of 5 or 6 fascists.

At least two buses returning from Madrid received the impact of a rock, which broke one of the side glasses of the vehicles. One of the rocks would have been thrown from one of the bridges of the Spanish capital, located above the road where the vehicle was circulating, when was leaving the city.

Tweet: Two buses – so far – with a broken glass at the exit of Madrid after receiving the impact of a stone. One from Canet and another from Barcelona’s Eixample with people who return from the demonstration. 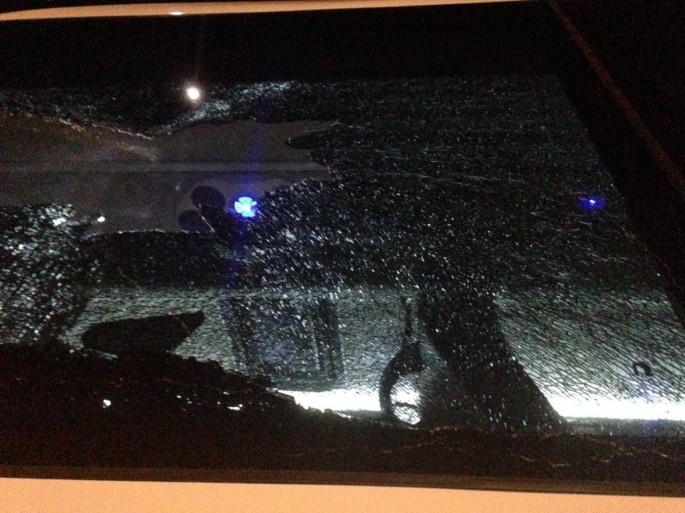 Image: One of the side glasses of a bus broken by stones thrown by fascists.

Image: One of the side glasses of a bus broken by stones thrown by fascists.

Several people have also reported the placement of spikes below the tires of numerous buses.

Tweet: Spikes have been placed below the tires of the buses.