EVERY YEAR , hundreds of journalists like Barret Brown, Serena Shim, or Anna Politkóvskaya are threatened, killed, tortured and prosecuted by terrorists and governments. It is important to remember and honour all of them, who once gave their life to expose and inform the public about the reality of government misconduct, which many times, is hidden, and distorted by government agencies.

The Freedom of the Press is a concern that affects all citizens regardless of location. It is a right that is registered in The United Nations’ Universal Declaration of Human Rights. It states:

“Everyone has the right to freedom of opinion and expression; this right includes freedom to hold opinions without interference and to seek, receive and impart information and ideas through any media and regardless of frontiers.” Article 19. 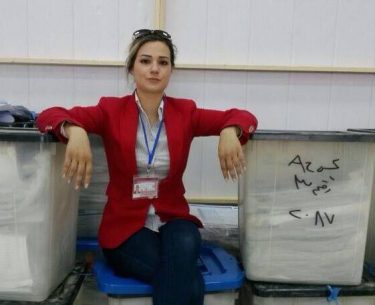 SERENA SHIM WAS an American war journalist for Press TV (Link Press TV).While covering the War in Syria, she was allegedly killed in a car crash by the Turkish government.

Shim’s death happened under strange circumstances. She was on her way back from Suruç (a rural area near the Syrian border) to her hotel with the driver and her camerawoman Judy Irish in a rental car, when the car collided with a cement mixer. 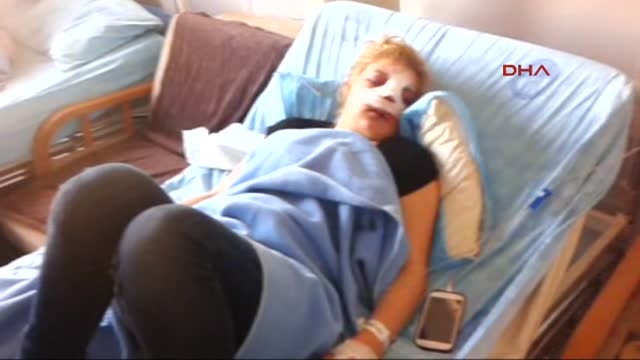 SHIM SURVIVED the crash but died later of a heart attack in an undisclosed location. Camera woman Judy Irish was injured and sent to a hospital state in Suruç. For his part, the driver was initially arrested, though later he and the car suspiciously disappeared.

It is still unclear why Shim was sent to a different hospital, and why the driver and the car eventually disappeared. Shim’s death, happened two days after the Turkish government allegedly accused her of spying.

In response to the accusations, Shim stated:

” I am a bit frightened by what MİT might use against me.”

Shim had reported the Turkish government was helping ISIS militants.They were smuggled into Syria on trucks wearing symbols of NGO’s.

THE TURKISH GOVERNMENT announced an investigation and later it was concluded that it was a simple car crash. For its part, the American government refused to hold an independent investigation of Shim’s death (an American citizen). It also rejected to comment on the case in several occasions.

The international community soon forgot the case, and her family is still waiting for an independent investigation to clarify Shim’s death. Nevertheless, her mother assumes that Shim was assassinated by the Turkish government as a consequence of her investigations. Unfortunately, Shim belongs to a long list of suspicious deaths of journalists in Turkey.

SHIM WAS ASSASSINATED because she was seeking truth and exposing it to the public. Before her death, Shim was conscious that the Turkish government was monitoring her movements and could take undetermined further actions to halt her investigations. Even so, she decided to remain loyal to her public by continuing her investigation related to the Turkish government‘s misconduct.

It is important not to forget Shim’s case until her death is clarified by conducting an independent investigation. The American government is supposed to support an independent investigation of the death of any American citizen. Until it happens, the journalistic community must continue to publicise Shim’s case to persuade the international community to take action against this assassination. Journalists like Shim risk their lives to bring the truth into citizen’s lives. Without them, the information manipulation would be absolute.

BARRET BROWN  is an American journalist that has written several books and wrote for important outlets like the Guardian or the Vanity fair. In 2015, Brown was sentenced to five years in prison after pleading guilty to federal charges.

In 2009 Brown launched an investigation called Project PM from anonymous leaked information concerning the misconduct of the cyber-military-industry complex Stratfor.

On March 6, 2012, the FBI executed a warrant at his mother‘s house seeking evidence of alleged crimes related to his investigation about Stratfor.She was accused of hiding Brown’s laptops and was sentenced to 6 months of probation.

ON SEPTEMBER 12, 2012, Brown uploaded a video on youtube “threatening the agent of the FBI,” who charged his mother. A few hours later, Brown’s house was raided and later was indicted on 12 federal charges, including a fraud charge for spreading around the hyperlink to an IRC (Internet Relay Chat).

Later on, most of the charges were dropped off and replaced for three new:

1-transmitting a threat in interstate commerce.

2-for interfering with the execution of a search warrant.

3-accessory after the fact in the unauthorised access to a protected computer.

In 2015, Brown made an agreement and pleaded guilty to avoid 100 years of his sentence.

Brown was finally sentenced to five years (By that time Brown had already served over two years in prison). As part of his sentence, Brown was also required to pay almost $900,000 to Stratfor.

AFTER HIS SENTENCE, Brown released a satirical statement that read in part:

Barrett wrote a column from jail for The Intercept for which, he won a National Magazine Award and a New York Press Club journalism award. (Link winner column and award)

During his time in prison, Brown was in solitary confinement on numerous occasions for no reason. Brown was released in advance on November, 29th 2016 due to his good conduct. 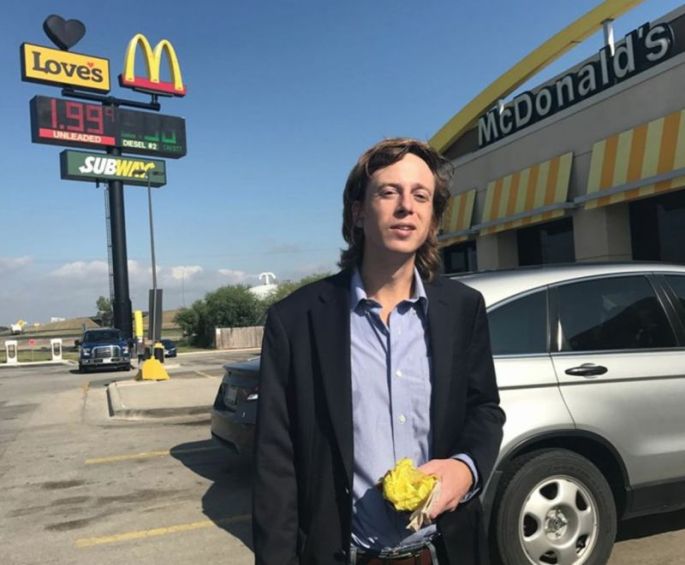 Currently, Brown works for the DMagazine (Dallas). While living in a halfway house due to his probation time.

Brown’s case was very controversial. It was the first time that a journalist was charged for sharing a link on a website. Most investigative journalists share links, with secret information to share their investigations with other journalists to reach some conclusions.

Brown’s case should never be forgotten. He was unfairly prosecuted for investigating the misconduct of a private military complex. As in Shim’s case, Brown is an honest journalist, who was seeking truth to expose corporations and government misconduct to the public.

ANNA POLITKÓVSKAYA was a Russian–American journalist, writer and human rights activist. She received many awards for her publications, including Putin’s Russia Book. But on 7 October 2006, Politkovskaya’s was assassinated by the Russian government. 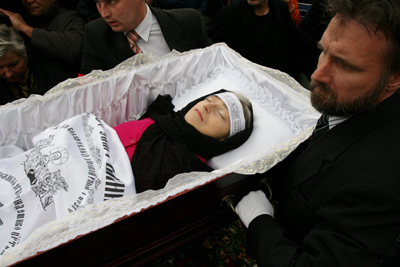 Anna Politkóvskaya centred her career on her opposition to the Chechen conflict and Vladimir Putin. She reported on numerous human rights abuses by the Russian army in Chechnya.In addition, she accused Putin and the Russian secret service FSB of intentionally degrading civil liberties in order to establish a Soviet-style dictatorship.

“Society has shown limitless apathy.… As the Chekists have become entrenched in power, we have let them see our fear, and thereby have only intensified their urge to treat us like cattle.The KGB respects only the strong. The weak it devours. We of all people ought to know that.”

“We are hurtling back into a Soviet abyss, into an information vacuum that spells death from our own ignorance. All we have left is the internet, where information is still freely available. For the rest, if you want to go on working as a journalist, it’s total servility to Putin. Otherwise, it can be death, the bullet, poison, or trial—whatever our special services, Putin’s guard dogs, see fit.”

“People often tell me that I am a pessimist, that I don’t believe in the strength of the Russian people, that I am obsessive in my opposition to Putin and see nothing beyond that,” she opens an essay titled Am I Afraid?, finishing it—and the book—with the words: “If anybody thinks they can take comfort from the ‘optimistic’ forecast, let them do so. It is certainly the easier way, but it is the death sentence for our grandchildren.”

IN SEPTEMBER 2004, Politkovskaya was poisoned while drinking a coffee on an aeroplane. While she was attempting to act as an intermediary in Beslan’s school, a hostage crisis erupted in the North Caucasus in early September 2004.

In 2005 while attending a conference on the freedom of the press in Vienna organised by Reporters Without Borders, she said:

“People sometimes pay with their lives for saying aloud what they think. In fact, one can even get killed for giving me information. I am not the only one in danger it.”

Even at that point, Politkovskaya had already been threatened and attacked numerous times.

ON OCTOBER 7, 2006, Politkovskaya was found assassinated in the elevator of her apartment. The police found three suspects for her murder:

In 2009, the lack of evidence forced a jury in Moscow to acquit them.

In 2012, the investigation was re-opened and in December the same year, and sentenced to 11 years in prison for the murder in a special bargain deal for providing evidence against those who ordered the killing. However, he did not name any people who hired him to commit the murder. 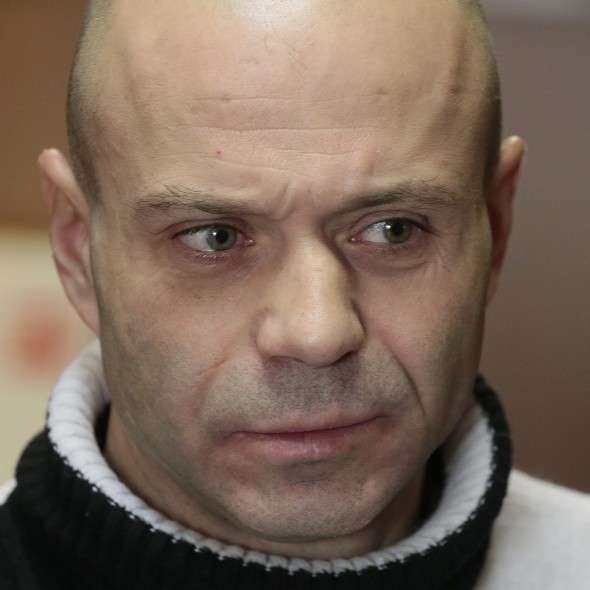 IN JUNE 2014, Makhmudov’s brothers, former officer Khadzhikurbanov, and Chechen underground leader Lom-Ali Gaitukaye were sentenced to prison for the murder, two them received life sentences. Politkovskaya’s family was certain that they played an important role in Politkovskaya’s murder, but that it was orchestrated by someone else in the government who needed to be further investigated.

The international community quickly assumed that Putin orchestrated Politkovskaya’s murder in order to halt her investigations about his cabinet. She was very influential in Russia and abroad, which was a dangerous combination for Putin. Politkovskaya belongs to a long list of journalists and political opponents, who have been murdered under strange circumstances during Putin’s presidency.

Politkovskaya will be always remembered for her braveness as a journalist; she reported on Putin’s misconduct and the war crimes committed by the Russian army in Chechenia.

Politkovskaya was fully aware that Putin might order her to be killed, but it did not stop her from seeking truth until her last breath. Her legacy will endure for many generations. It will encourage the next group of journalists to seek truth regardless o the political repercussions.

AS IT IS POSSIBLE TO DEDUCE from this article, criminals, governments and powerful actors tend to murder those, who are investigating, to discover some hidden information related to their misconduct. These three cases are the representation of a long list of honest journalists murdered and repressed by governments.

Honest journalism is often the governments’ counterbalance. It exposes all sorts of political, corporate, and lobbying misconduct of citizens. Who then have the opportunity to evaluate and decide whether they take action to change it or not.

It is important to encourage the new generations of journalists to assume more risks in order to seek truth like their predecessors once did. It is not always easy to be an honest journalist, but it is comforting to know that one’s work is contributing to transforming society for the better.

Journalists should never be afraid of seeking the truth because it is their role. Honest journalism and danger are many times together, to seek the truth implies to take some risks that may end in death. However, it should not discourage anyone, the rest of society is more important than just one individual.

Without honest journalism, it is impossible to know what is real or not. There will be always journalists, who will seek truth and reveal the government’s misconduct, but civil society will be responsible for their protection.

The three cases exposed in this article should never be forgotten. By remembering them and many others, society will keep alive the spirit of fighting to achieve more transparency, justice and rights to transform this world into a better place to live in.

8 thoughts on “Freedom of the Press: Three Cases that Should Never Be Forgotten”